The Basic Problem in Anorexia

I felt a bit overwhelmed writing my last blog about Sita, and needed to recharge in a way that would allow the process to unfold at a slower pace, in a more holistic way. The archetype of Sita is such a strong one, and it resonates with almost every women in some shape or form, and even with some men.

So todays writing is a consequence of this decompressing, an unfolding. Although this too comes from the innermost reaches of my psyche, I experience it as being more muted. The wish to write about this subject was surprising even to me, since I have never identified myself as an anorexic. But whenever I experience an emotional loss, however insignificant, or significant, there is a natural shying away from food, until I can heal myself back to normalcy. The degree of my disconnection from food is almost always linked with the depth of felt loss.  For most cases, barring one or two, I have had enough resiliance to cope with those losses but it is by making sense of  a handful of personal experiences that were deeper than others, and by using them as a context, I attempt to understand the inner world of eating disorders.

Anorexia is a condition that usually strikes during pre-teen and teenage years. A pervasive condition in the contemporary world, statistics reveal that approx 1-5% of all adolescents in US are anorexic, and of these, only 10% are males, the rest all being females.  A tragic condition that is sometimes also diagnosed in older adults as well, it causes severe damage to the body, debilitates the individual socially, emotionally as well as financially,  and often tears families apart. Without treatment, more than 20% of the people afflicted with Anorexia, die. With treatment, only 60% make a full recovery. The remaining, 20%, make partial recovery but they remain underweight and have severe psychological and medical issues, and the spectre of relapse always looms large for all that are affected.

Anorexia is more prevalent in Western countries, though it is on the rise in the non Western countries as well. This is assumed to be related to the role of the media and the attitude of objectification of the feminine. The advent of Western media in the Non Western countries is blamed for the changing landscape in those countries as well. Genetics has been implicated too, but then, genetics and bioloy is the way the psyche manifests itself, the body is used to express all the psychological distress that the psyche cannot contain and manage. The excess distress spills over in the physical realm. The mind infects the matter with its overwhelm, so that it may remain reasonably functional. Hence developmental and depth psychology has a slightly different take on this subject, and we will explore these perspective in the following paragraphs.

The developmental perspective on anorexia is pretty simple in its formulation. Anorexia
represents the inability of a tender psyche to take in nourishment. Symbolically, something has gone awry in the psyche that causes problems with ingestion of nourishment. However, what is messed up, is the psyche’s ability to take in love, and loving relationships. Unlike children growing in reasonably “normal” households,  if children are deprived of love, or if lack of love is associated with annhilation fear (will I survive this loss or will I die – literally or even metaphorically ?), the psyche develops a deep, debilitating fear of love itself. Since love is nourishing, all symbols associated with nourishment become affected. The psyche flees inwards, and rejects all external sources of nourishment, food being just one of them. The body, devoid of nutrition, keeps deteriorating, and many physical ailments and medical conditions arise. It isn’t just a question of not feeding oneself, but being revolted by food, for food becomes associated with toxicity…just like the primal love had been tainted and has been toxic. The psyche rejects all that seems threatening to it. Lets examine how this can be so.

The left brain processes discretely, and has the capability of differentiating between objects. It functions asymmetrically. So it can see the sun, and understand it as sun. One’s father is one’s father – a man who is known by a name and all qualifying labels. A teacher is a teacher, distinct from the sun, or the father. And god – well, he is abstract, but the father is not god, nor is the teacher god.

The right brain, however, lacks the ability to differentiate between objects. It recognizes objects only in their entirety (takes in a whole scene for example) and works on the basis of symmetry. Right brain makes symbolic meaning, hence many objects in the outer world may correspond to one single symbol in the psyche. Thus sun, male, father, god may be undifferentiated in the right brain, and interchageable, but because of the left brain processing phenomenon, these are held discretely in cognition (we are able to differentiate between each of them!). However, the right brain is associated with the unconscious, and so in the unconscious these symbols are interchangeable….. 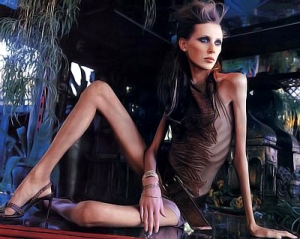 With that background, let us now return to the basic problem of anorexia. Imagine a child deprived of an optimal environment. Imagine the child’s psyche deprived of love, and associated feelings of safety and security. Or even a sudden incident that disrupts the tender sense of being, the continuousness of life. The fear of abandonment, the terrifying insecurities associated with fear of death, and the need to survive etc cause the psyche to close upon itself – just like an external threat may cause the all national defences to be put on red alert. The body is constricted, conserving energy, warding off perceived external threat, almost as if the fear doesn’t allow the child to breathe. This lack of breathing freely also gets associated with the the inability to digest. A fearful child will consider any outside object to be threatening, food being one of them. The stomach muscles, and the reflexes are too wound up. Food is synonymous to love in the right brain, and toxic food/love thus intermixed in their signals, is harmful for the body, and the psyche decides that it cannot/should not be digested. So if the love provided at home is toxic, the maladaptive associations with nourishment cause digestive systems to constrict. The psyche associates bad love with bad food. The right brain cannot distinguish between these two symbols – love and food. Both are associated with nourishment. Because one kind of nourishment is toxic, the psyche, in an attempt to heal itself, prevents all kinds of nourshments from entering the body. And so, bad love in the external environment is interpreted and manifests itself as a loss of appetite, or an aversion to food,. Food here is viewed by the 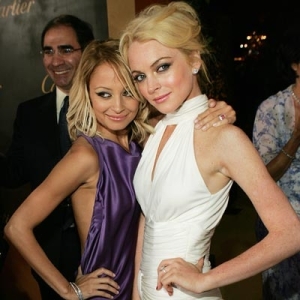 psyche as just an alternate kind of nourishment and there is no difference between love and food. Hence heartbreak, loss, bereavement, grief is often accompanied by  lack of appetite. The body puts a temporary hold on the digestive system, because the “source of nourishment” has been lost (loss of loving relationship), or if it comes it may be toxic (bad relationship!). So anorexia is nothing but an adaptive response to the stressful condition where the psyche is simply trying to protect itself from toxic invaders/objects from the external reality. Such a defence is merely in the service of survival, but is obviously a skewed up solution to an legitimate threat of emotional, psychological or even biological annhilation. The defence can be employed not only in childhood, but at any time of life, and is triggered by any loss, or bad relationship, but usually breaks open more noticeably during the teenage years.

What does it mean? 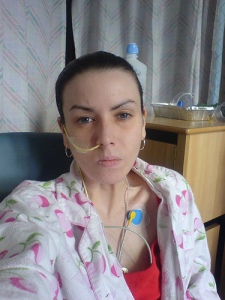 Treatment programs often emphasise the nutritional aspects of the wellbeing, the exercise routine, and healthy living. All that is great, but only as an adjunct. The most poignant, and the most powerful aspect of treatment, the loving relationship, is often not emphasized as much. Most treatment methos emphasize outside inapproach – ie if the external is monitiored, the internal psyche will respond. That may be true for a while, but it usually does not have a sustaining power. Hence the person may experience initial success, but will soon revert back to anorexic symptoms because what is essentially a psychological, a developmental problem, cannot be cured thru medication, nor thru controlling the external environment. The problem has caused internal psychological damage, and the internal damage is what needs to be addressed if any lasting change is to be experienced.

The psyche is a self healing machine. It is conditioned to live and in its desperate desire to live, it sometimes struggles too much, and morphs too much. It does everything in its power to ensure survival, and will works towards health and balance – ON ITS OWN. People with anorexia may not necessarily need a rigid structure as many feel they do. They do need love and empathy. And once the developmental blocks are removed, the developmental wounds healed, they will naturally be gravitated towards healthy and balanced living. This is the method of working from inside out.

As this phenomenon unfolds in the life of the patient, the symptoms of anorexia slowly recede into the background. So by healing the psychological developmental wound, the symptoms that cause the wounds automatically recede and subside. They don’t necessarily need to be “worked on” in a major, defined way.

If you’re having a problem with eating, or chronic digestion issues, see your doctor, but also get help with resolving your psychological issues. The physiological and medical; issues are but an extension of severe conscious or unconscious psychological pain.

PS: The thoughts expressed here are the author’s opinion and do not subscribe or prescribe to any one specific orientation. If you’re having problems in eating, please seek medical and psychological help immediately. For more information about symptoms, click here.

16 responses to “The Basic Problem in Anorexia”

This site uses Akismet to reduce spam. Learn how your comment data is processed.